Last year I got involved with a local board game design group based out of the Games Laboratory shop here in Melbourne.  I'd dabbled with board game design, first with a largely depressing climate change game called Equilibrium.

Following that foray, I decided to try another board game.

My inspiration this time was from one of the greats, Matt Leacock's Forbidden Island.  In Forbidden Island, up to four players cooperate to recover a number of special artefacts from an island that is constantly sinking under rising waters. 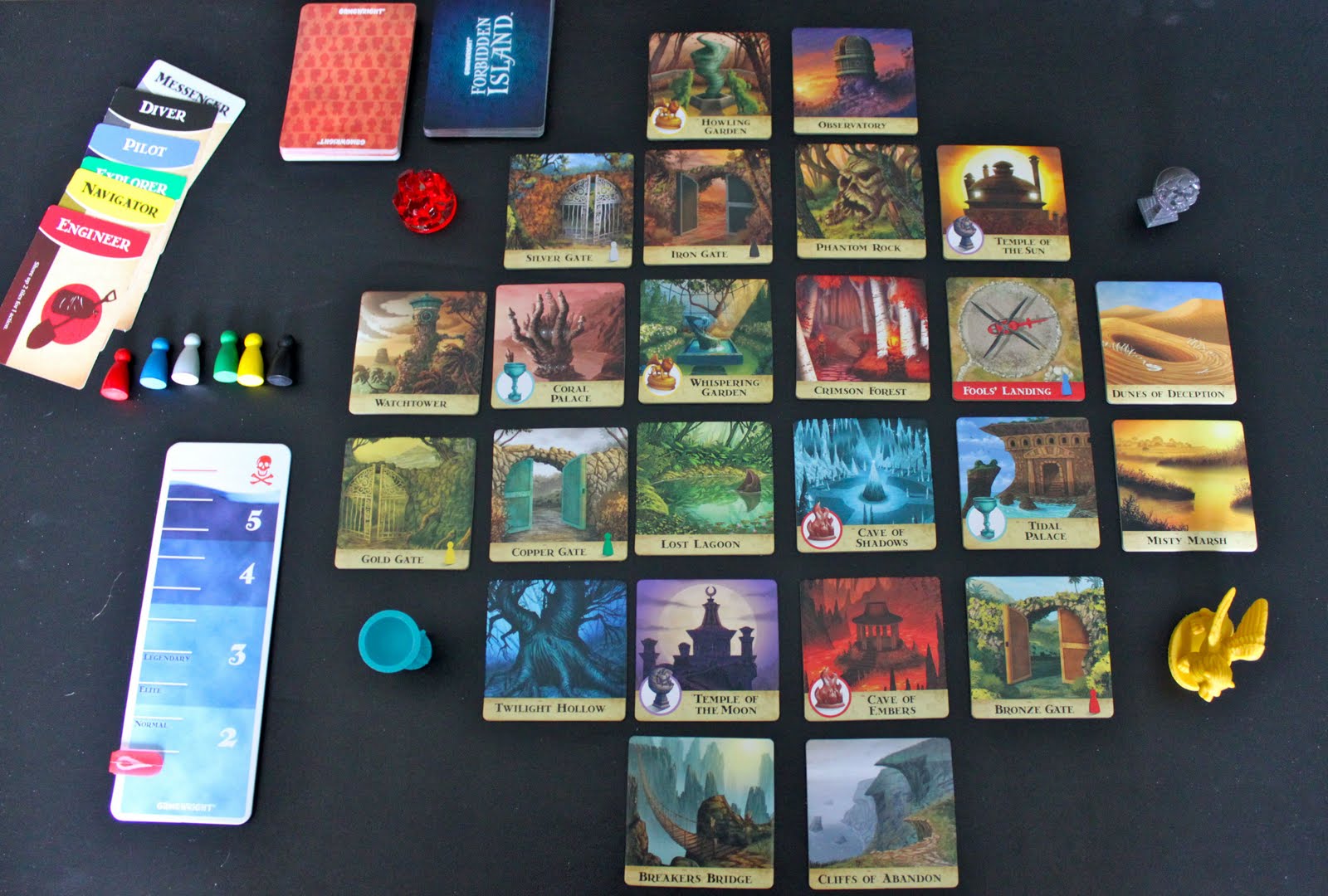 The location tiles in Forbidden Island are randomly laid out, as are the locations of each of the artefacts.  The key element of the game, however, is the special abilities of each of the characters.  The diver can move through underwater tiles, the messenger can give cards to other players, and the explorer can move diagonally.

During play, the players move their characters around the grid of tiles, using their characters' special abilities, collecting the artefacts, shoring up sinking lands, before finally racing to the helicopter landing zone to win the game. 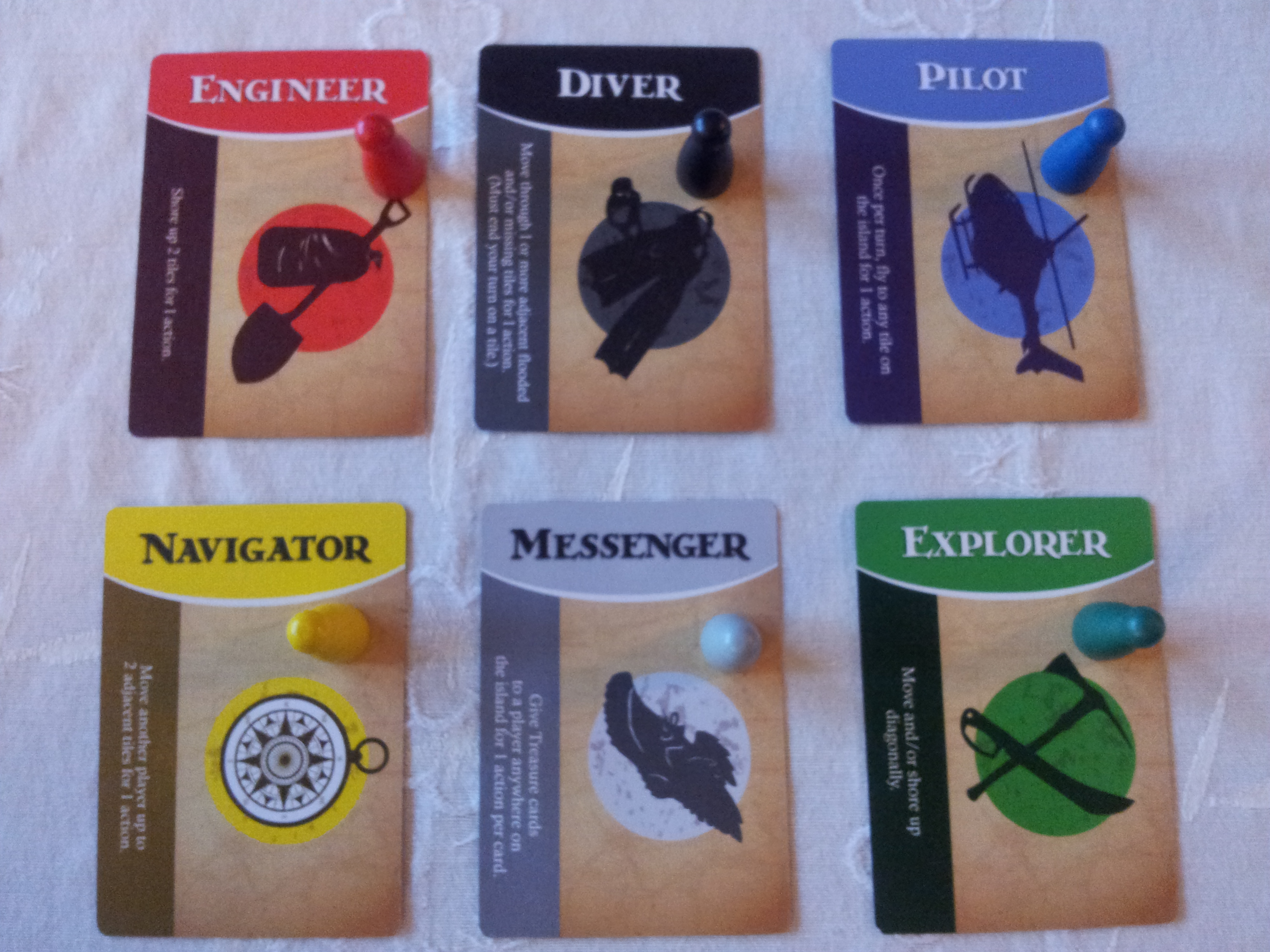 My core vision for The Road to Ruin was:

The earliest version of The Road to Ruin was a series of white cards, cut from index cards, and covered in my scrawling writing. 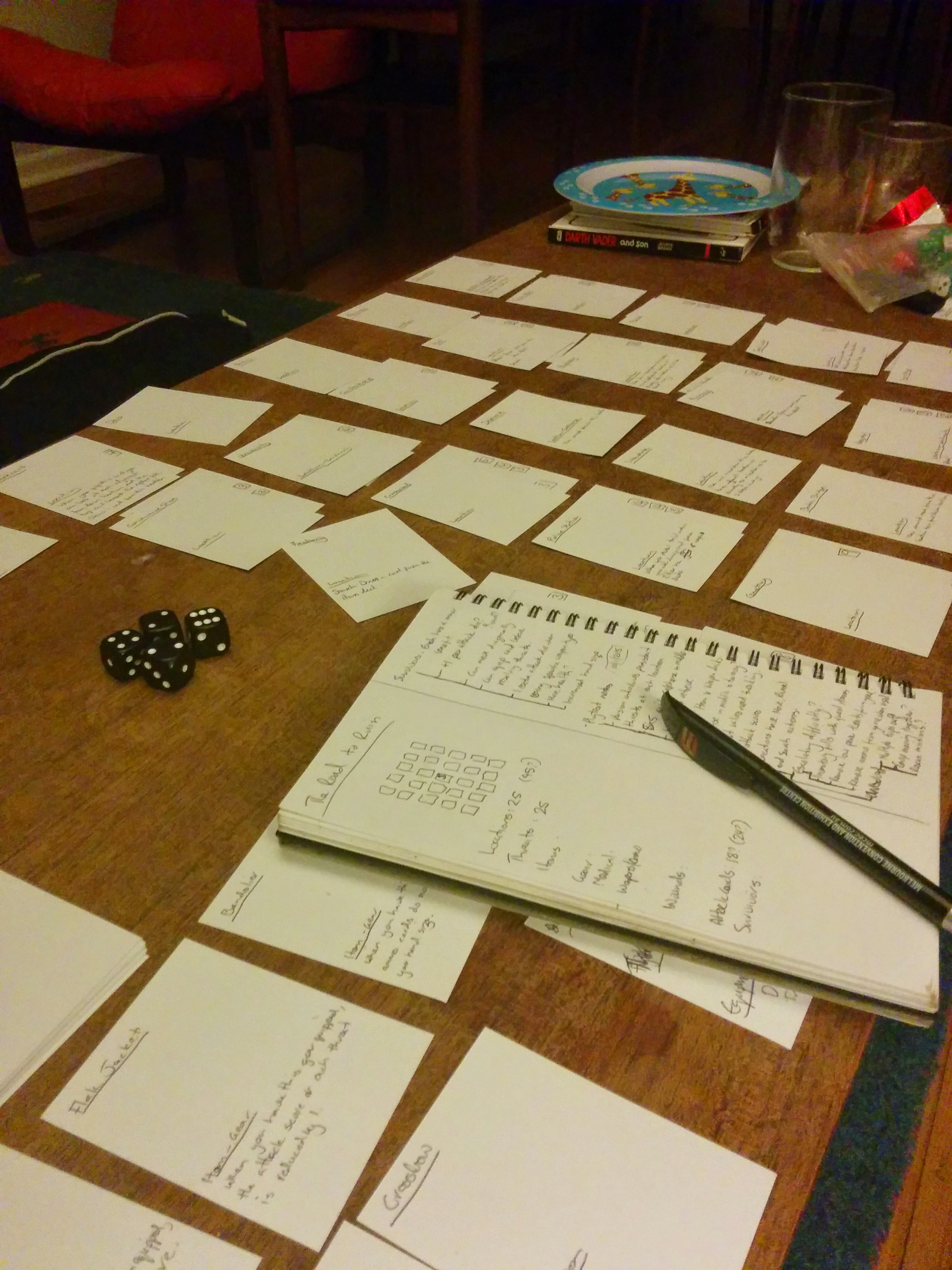 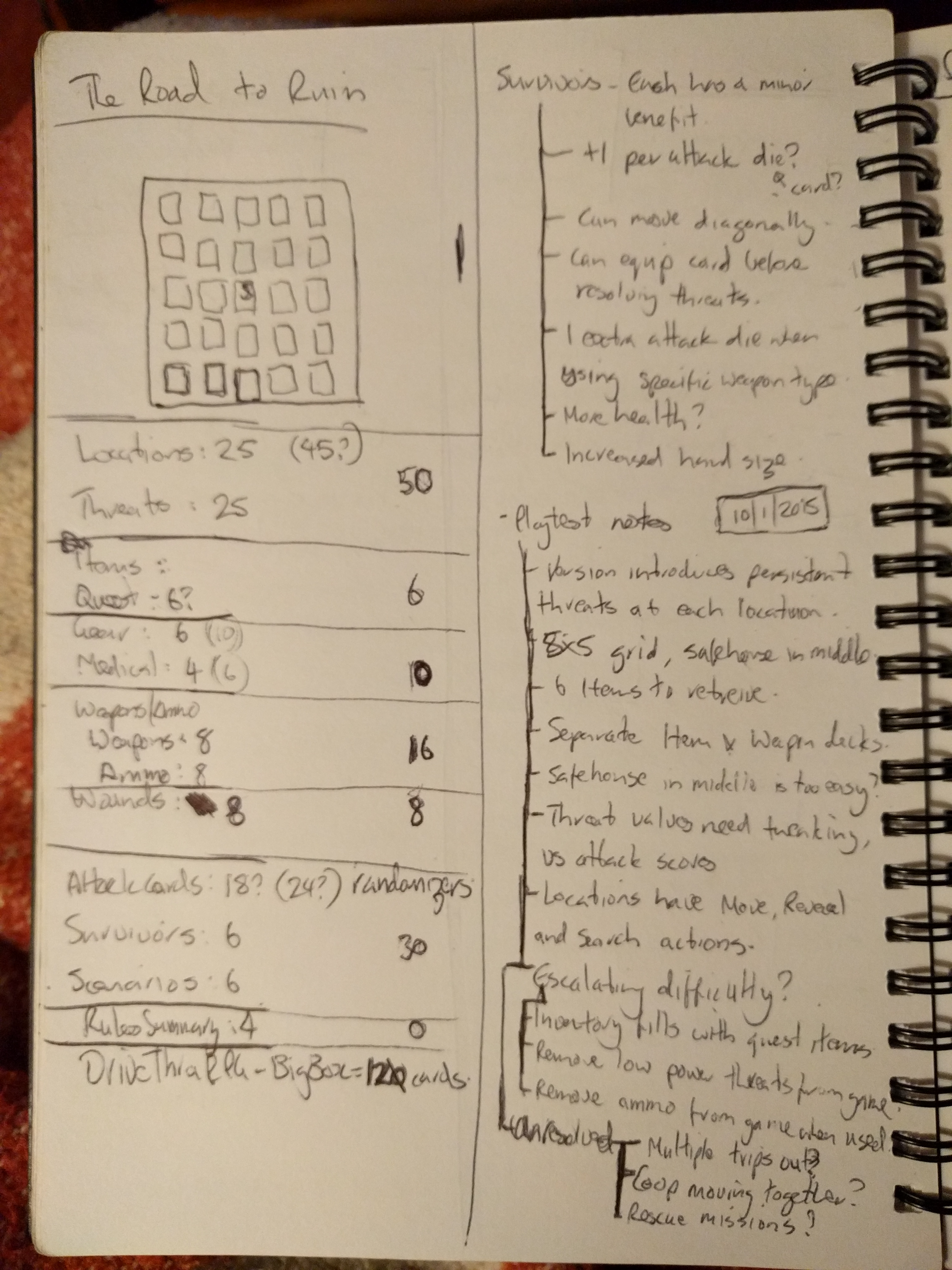