In the text below, the text in italics is the comment from the playtester/reader, and the following normally formatted text is my response and discussion. 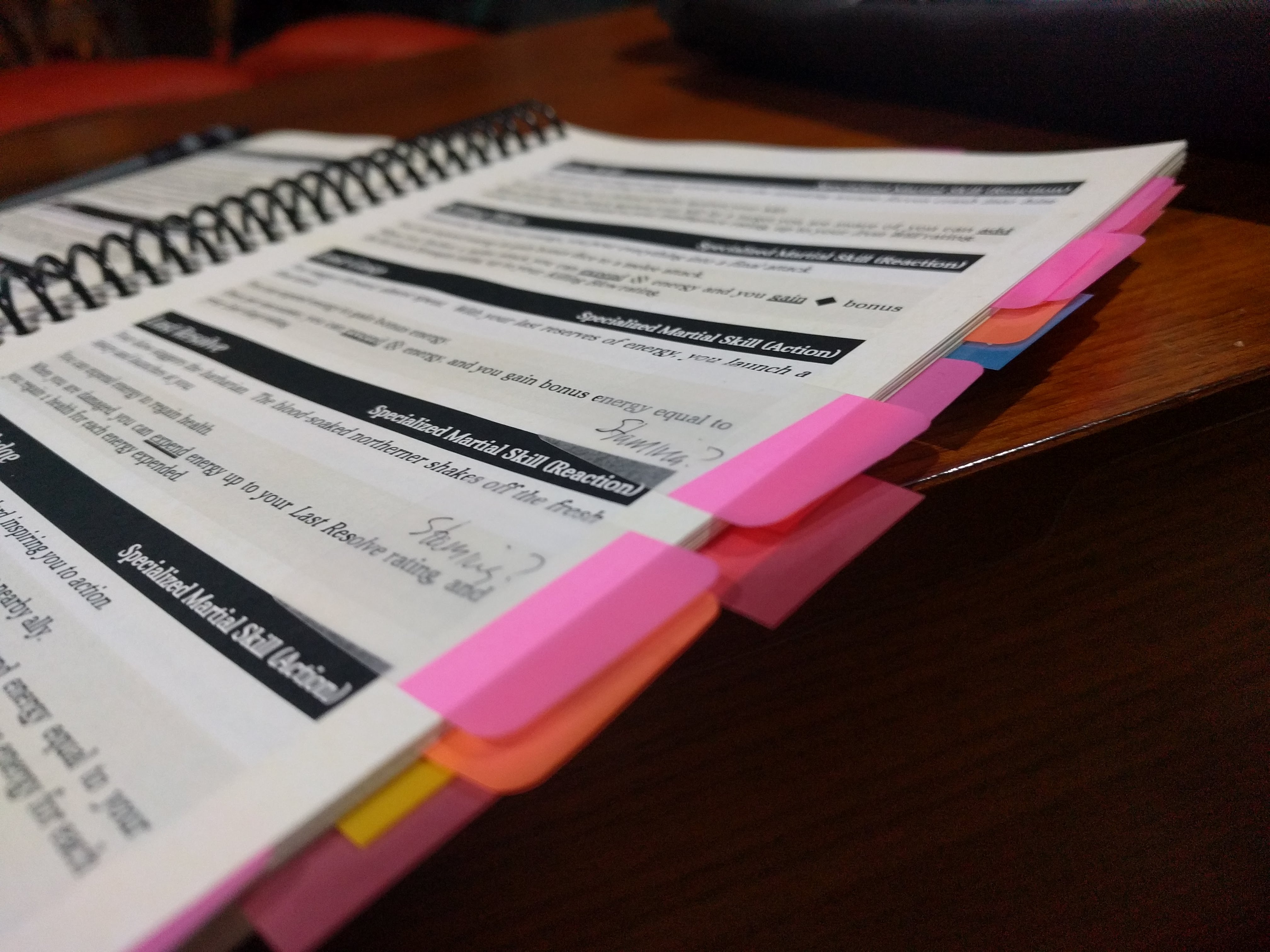 Consistency: You use diamonds with numbers in the middle to represent both the number of d10s to roll, as well as results of rolled d10's in examples. This could could create confusion, might want to think of a different way to represent both concepts?

Interesting point, and several other beta testers have mentioned this, so I have changed the format of sample rolls to differentiate from ratings and dice pools.

Energy Economy: I like this, used for both powering abilities and just whenever players want to add dice to a roll, as well as removing some conditions. Good touch.

+2/-2 would allow stacking better. I would need to floor it to not reduce below 1 die.  I have now implemented this change.

Defense pools: "active" defenses always slow combat down. These make me wary, but just be prepared for people complaining combat takes too long or there's too much to keep track of. As long as you are aware of this, just try to make it clear this is intended as gently as possible.

We've playtested a lot. Combat is 2-3 rounds generally. And the active defenses help engage the players.

Opposed Pools: Attacker only adds successes higher than the highest roll by the defender? This sounds like it will create some wild situations. Both in the favor for or against the players.

Yes, this is the case. In rare cases, die rolls can be swingy, but these are outliers. There are skills that mitigate this. These skills (like Twist the Blade) allow the attacker or defender to add extra dice to their pools after initial rolls. The death/dying mechanics are fairly forgiving, so getting dropped in combat is not too distressing.

Attribute Traits: This are way too gamey for my taste. I can get free points for attributes I never plan to use? In order to get the most benefit I can spend points at char gen, to get a stat at 1, only to raise it cheaply? I'm never a fan of these systems.

I too have struggled with the Attribute Traits. And previous feedback has been along the same lines as yours here. However, when I added the fantasy races into the game, I didn't want to have the races have different CP 'costs'. So I included the Attribute Traits (such as Vigorous and Feeble for Stamina) so that I can balance out the inherent characteristics of each of the races without assigning CP costs to individual races. When playing with normal humans, this feature simply means that each player selects an Attribute Trait appropriate for their character. For example, a fighter might choose Muscular to reduce the cost of Strength attribute increases, or a mage might choose Astute to reduce the cost of Intelligence increases.

Now jump over to the Forge Engine page to check out the latest playtest packet.