The Road to Ruin

However, my first shot at this was... unfortunate (I blame DriveThruCards' shoddy tuckbox templates): 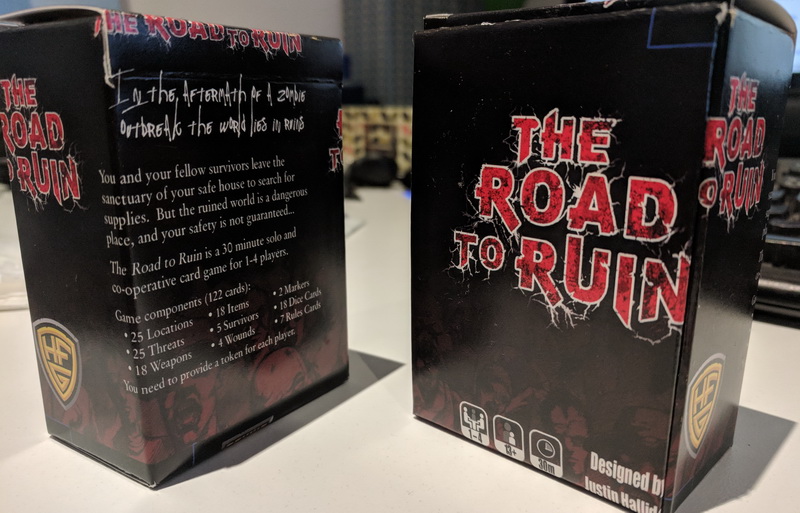 So right now I'm waiting for new proofs of the tuckbox. 🙁

Moving along, let's talk about the Forge Engine - Universal Role-Playing Game, which has been downloaded over 5,000 times from DriveThruRPG (a huge first response!).

And there's a bunch of work to do on Forge Engine, so let's dive in.

First, I'm working on the print version of Forge Engine.  The first proofs are currently on they way to me (in Australia) right now.  While the artwork in Forge Engine is grayscale, I'm experimenting with a colour book so that it has the parchment look of the PDF.  Let's hope this works.

Here's a quick look at the cover layout: 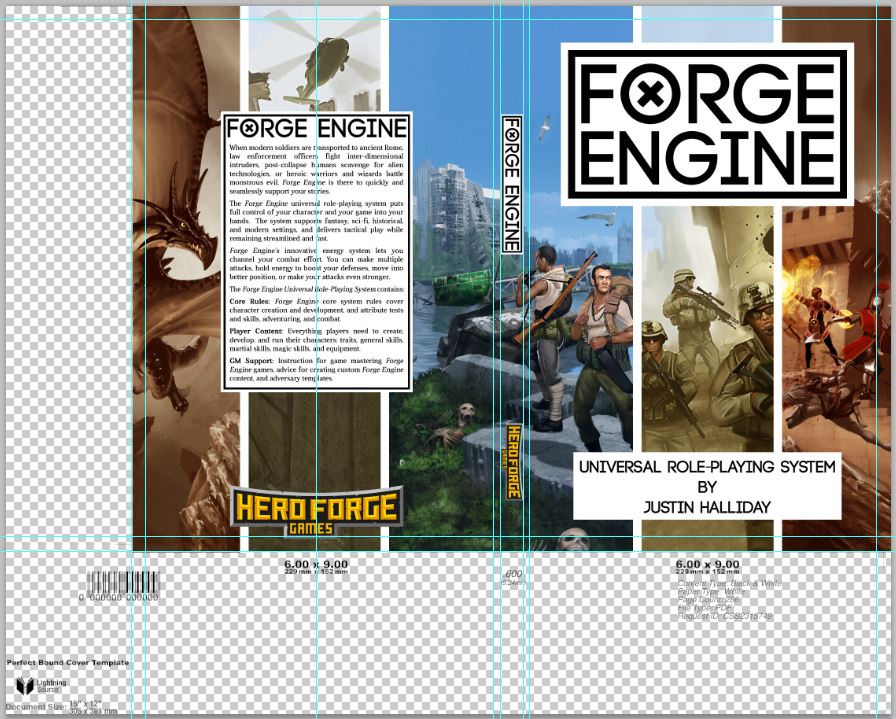 Second, I need to work up a bunch of pre-gen characters for Forge Engine.  This will go into the core download, and help people get an idea of what Forge Engine characters can look like.

This is a really old fantasy warrior pregen that I worked up: 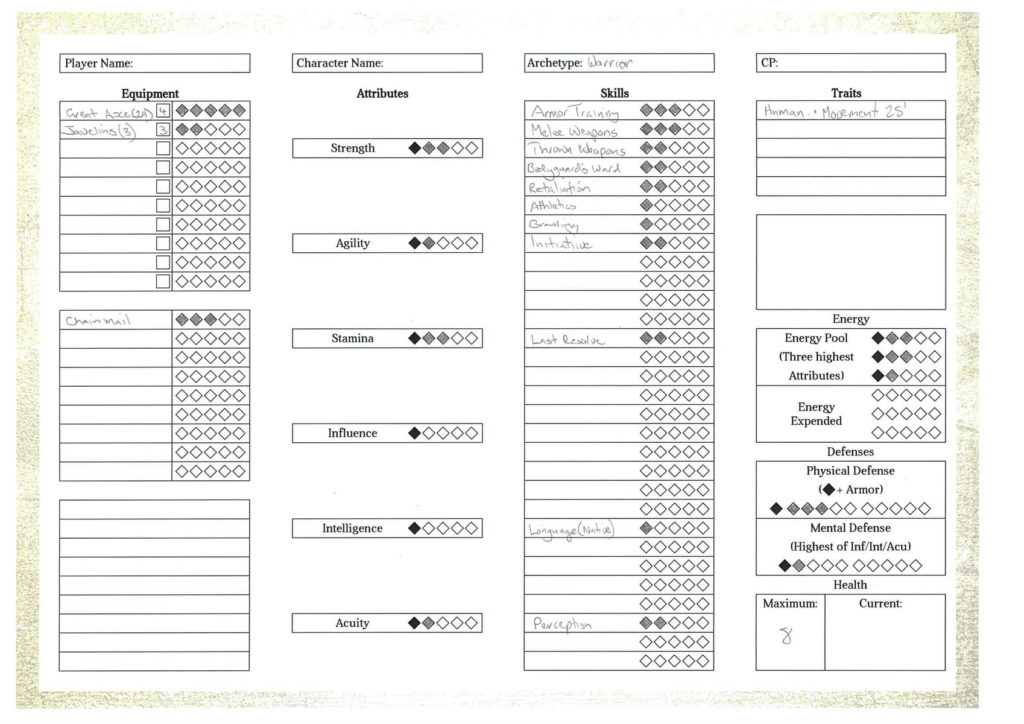 Finally, while Forge Engine is a designed as a system and not necessarily a complete 'game', I feel like I should work up a set of introductory adventures that progressively guide players and game-masters through the core interactions of the system, and introduce them to simple and challenging combat encounters.

Hero Kids continues to be the bread-and-butter for Hero Forge Games.  And while the number of releases for Hero Kids has (deliberately) slowed, I continue to support and develop for Hero Kids.  Right now, I'm actively working on several Hero Kids projects.

The first of these is a French translation of the Hero Kids core rules and the Basement 'O Rats adventure.  This is an experiment for me to see what this involves (a lot of work), and whether there is demand for these.

Beyond the active Hero Kids work, I have a bunch of tasks on the backlog for this line:

My progress through this work schedule is based on my work capacity and various life obligations.  So if there's something on this list that you're especially looking forward to, drop me a comment below and I'll ensure it's prioritized.

Get Forge Engine from DriveThruRPG: